“With Toy Fair canceled for the second year in a row, we still wanted to share all our exciting news for retailers and fans,” says Meredith Franks, CMO/COO at Boss Fight. “There’s a little something for everyone. Our reveals hit a number of new categories, all different types of collectors, and expand on the explosive growth we’ve seen over the last few years,” adds Franks.

A few reveals have started teasing over the last few weeks, including a brand new PVC line of King Comics Super Heroes featuring Flash Gordon and Phantom fan favorites in action packed poses, and Power Stars, a retro-inspired action figure line featuring Flash Gordon and Phantom characters. “These early reveals are fun surprises of the types of things that are going to be shared during our Boss Fest week,” says Catrina Arana, Partner and Creative Art Director at Boss Fight. “The reveals this year really show our evolution as a toy company and how we’re spanning different categories and toy expressions,” adds Arana.

The schedule was released today with hints of what’s to come. News will reveal streaming on the Boss Fight Studio Facebook, Twitter and YouTube Channels simultaneously.

“Get ready for a wide variety of exciting reveals!” says Arana “We can’t wait to show everyone what we’ve been working on.”

Boss Fight Studio (BFS) is a creator-owned company focused on high-quality, collectible toys. BFS products are known for having multiple articulation points, which allow for innovative and creative poses. The H.A.C.K.S. line is also fully customizable, which empowers collectors to build their own characters using pieces from the range. For more information reach out to BFS at press@bossfightstudio.com or visit bossfightstudio.com.

A photo accompanying this announcement is available at https://www.globenewswire.com/NewsRoom/AttachmentNg/cb0ec190-9313-41cd-bbbc-558cbedf7c61 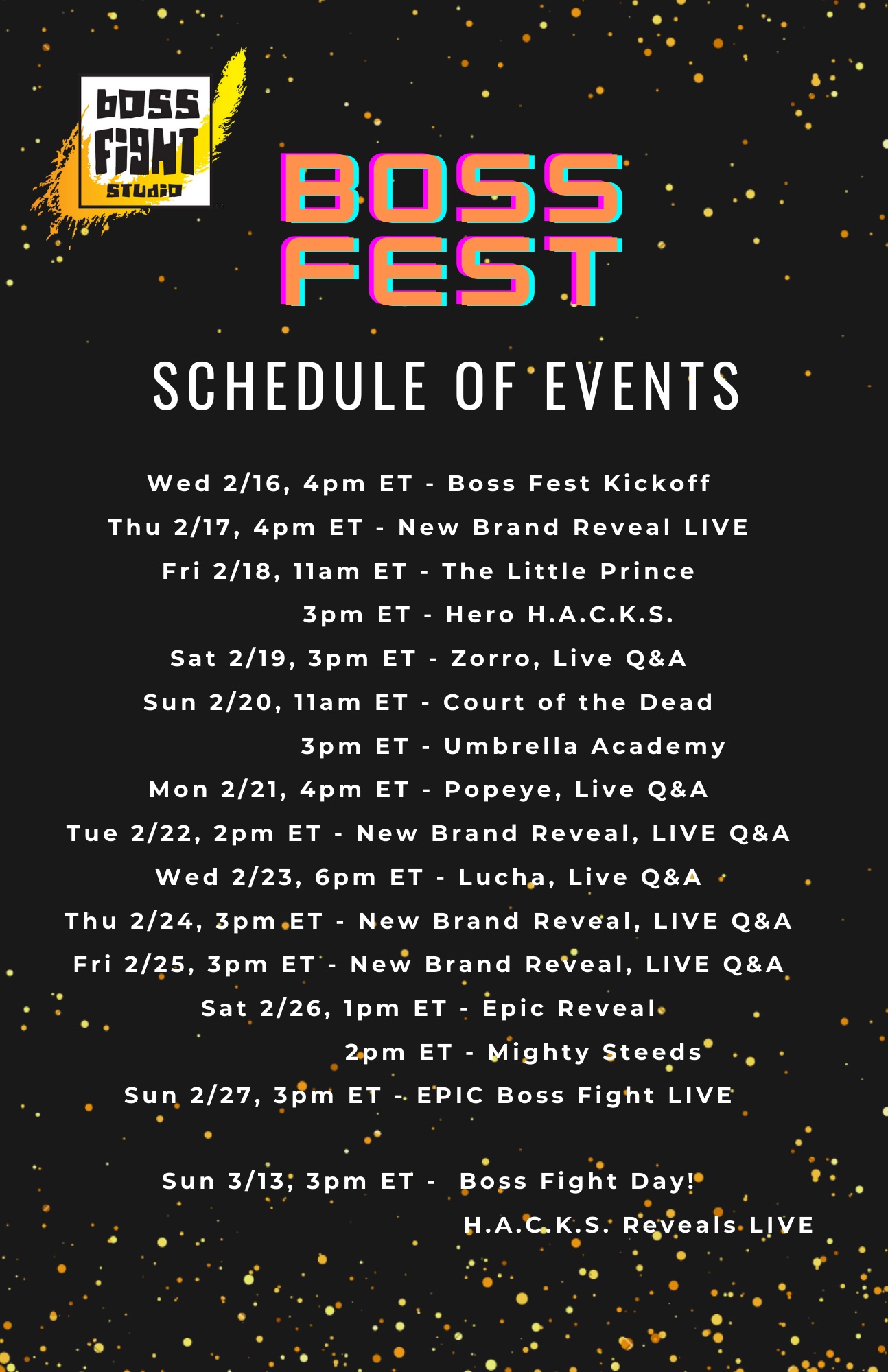