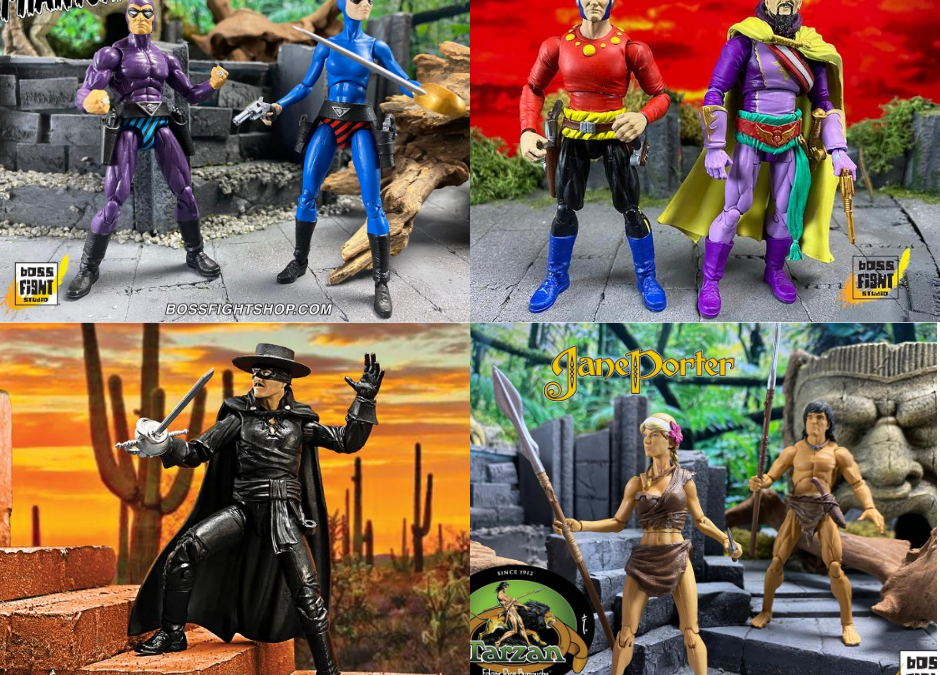 We’ve had so much fun sharing all the Hero H.A.C.K.S. sneak peeks throughout August!

The Fox of Capistrano is coming alive in action figure form! Zorro is ready to fight corrupt and tyrannical villains. This dashing masked vigilante is completely poseable, allowing for full use of his wiles and acrobatic skills to get out of any situation you can imagine. The first wave of figures includes the carded Zorro figure, complete with bull whip and rapier, and the Zorro + Tornado Figure & Steed pack!

We debuted the first comic Flash figures – Comic Flash and Comic Ming. They’re ready to battle it out for the planet Mongo! Comic Flash comes  equipped for battle with a laser pistol, sword, belt with holster and sheath, and a figure stand for display. Comic Ming is straight out of the comic series, colorful, and oh so fun! He comes equipped with his sword, laser pistol, cape, belt with sheath, and a figure stand for display.

The Ghost Who Walks comes alive in action figure form! Relying on his strength, intelligence, and the myth of immortality, this sleek and stunning figure is ready to fight forces of evil.

The King of the Jungle is swinging into action! Tarzan and Jane come alive straight from the iconic Edgar Rice Burroughs novels, ready for adventure. These beloved characters are completely poseable, allowing for all types of adventure, from trekking through the jungle, to swinging through the trees, or the ability to complete any quest your imagination can dream up.